PartWorks embodies the American spirit of hard work, innovation and a “can do” attitude, and is committed to the Made in America movement. We will make every effort to source your parts within your budget and time requirements in our home state of Georgia, and in the U.S. At your request, we will match your requirements to the ideal manufacturer across our entire global network.

Simply put, PartWorks will do what we say, and say what we’ll do. Earning your trust on your first order and every subsequent order is of the utmost importance to us. 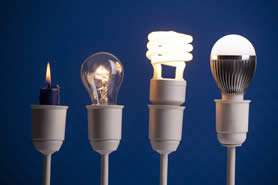 We will use the latest reliable technology and processes to design, reverse engineer and source your parts.

Scott Geller, CEO
Scott has been the Founder / CEO of three manufacturing technology startups prior to joining PartWorks.

Gunby J. Garrard is the President of Jordan-Blanchard Capital, LLC. In 2003, Mr. Garrard established Jordan Capital to oversee a portfolio of privately managed investments, and in 2008, became a Managing Member of Jordan Capital AM, LLC. Prior to joining The Jordan Company in 2003, Mr. Garrard was employed by Total System Services, Inc. where he focused the majority of his efforts in their corporate strategy group.

PartWorks is always looking for great people who are interested in being part of a company at the forefront of manufacturing innovation. If you are a 3D CAD whiz or have decades of experience sourcing metal and plastic parts, we’d love to see your resume.